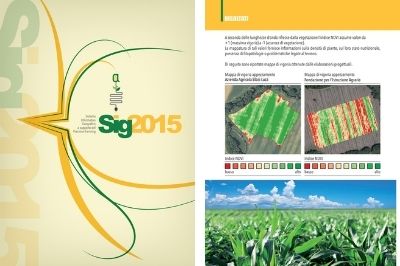 The project has been realized in 2015 together with CRATIA and partner companies for the field test.

These field tests will be a starting point to define the best workflow to create distribution maps, key element for DSS application.
The aim of this DDS (Decision Support System) will be the one to have, as fast as possible, useful information to support and improve decision process from organized data.
The implementation of Precision Farming tools in crops management will allow to improve agricultural production, reduce ecological impacts in order to use products sparingly, raise production quality standard, and save money thanks to the optimization of farming activities.

The application will be based on Esri tecnology (Environmental Systems Research Institute), global leader in GIS, and Microsoft. It is composed of server and client-side. Processing power will rely on a server that will be developed for cloud computing. 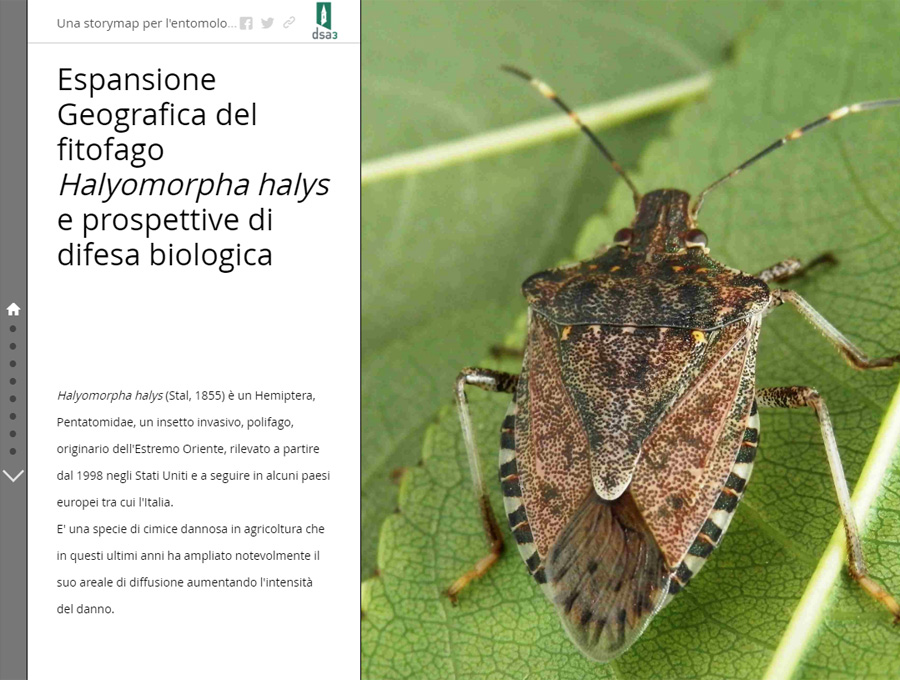 Halyomorpha halys (Stal, 1855) is a Hemiptera, Pentatomidae, an invasive polyphagous insect native to the Far East. Since 1998 it has been detected in the USA and in some European countries, including Italy.

It is a dangerous bug for agriculture that in recent years has expanded its area of spread and increased the intensity of damage.

This species is extremely polyphagous and can cause extensive damage to fruit orchards (especially Rosaceae) and other agricultural crops (especially Fabaceae).

The brown marmorated stink bug (BMSB) is a sucking insect that uses its proboscis to pierce the host plant in order to feed. This feeding results in the formation of dimpled or necrotic areas on the outer surface of fruits, leaf stippling, seed loss, and possible transmission of plant pathogens. 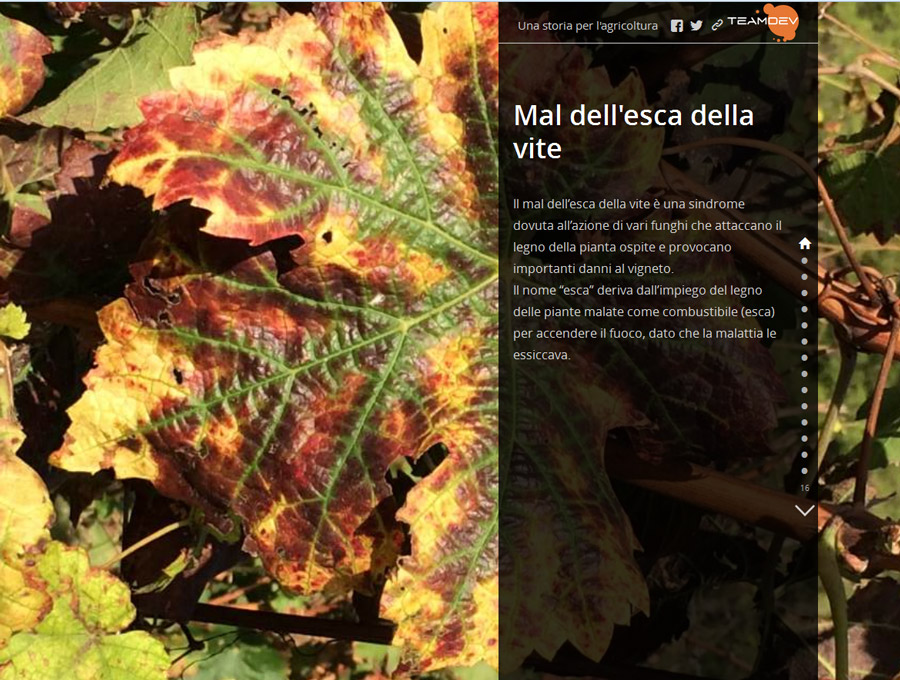 Esca disease is caused by several fungi which attacks the wood of grapevine. Its name is believed to come from the fact that, in the past, the infected wood was used as “tinder” to kindle fires because its spongy texture made it very good touchwood.

References to esca-like symptoms are found in several ancient Greek and Latin works. Cato the Elder in De Agri Cultura and Pliny the Elder in Naturalis Historia wrote about it. Greater descriptive accuracy is found in medieval works such as the Kitab al-Felahah by Ibn al-Awam, a Spanish Muslim who lived in Seville at the end of the twelfth century, and the Opus Ruralium Commodorum by Pietro de’ Crescenzi, born around 1233 in Bologna. But researches on its etiology, biology, and epidemiology started only at the end of the nineteenth century.

Esca disease has become increasingly devastating during the past three decades and represents today a major concern in all wine-producing countries.